This model is a female version of the Cyborg soldier grunt you get to fight in Metal Gear Rising-Revengeance.

[Features of the model]:

I updated it recently to let a user now simulate being sliced up by adding meaty bits where if cut they would be on the model. These parts include meaty insides at the: hands, elbows, knees, and waist.

She has a pussy hidden behind a crotch plate that can be toggled visible just the same as her face armor plate. The jaw armor is linked to the face armature so it moves with her mouth.

I used the base in game model but had to rig it all my self since it didn't have one. Then added https://smutba.se/project/31122/ for the vagina and Assassin's creeds cleopatra model for the head.

-The face can do expressions but isn't linked to the body rigging.

-If you want to move the head use the head bone in the main armature not the face one as it won't work out at all.

-If you get issues with the textures look if the alpha is connected in shading.

-I couldn't seem to rig the models fingers without issues so they don't move so heads up on that little point. 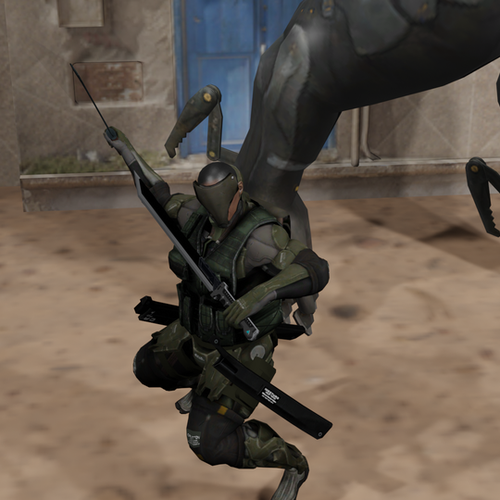